From your hotel Altdorfer Hof in Weingarten it is not far to the city of towers and gates, Ravensburg, to Lake Constance, to the Bregenz Festival, to Friedrichshafen or to the Ravensburger Spieleland (“Amusement Park”). Variety and relaxation as well as culture are guaranteed on the Upper Swabian Baroque Route.

For those who are enthusiastic about Nordic walking each year in April participants line up to walk distances between 7km and marathons, during the Schussental-Nordic-Walkathlon. There is something for everyone. We support the walking-enthusiast-guests of the Altdorfer Hof in Weingarten with tips and equipment.

„Jazztime in Town“ means that in May the Cafés, pubs and restaurants of Ravensburg are alive with wild rhythms and accomplished improvisations. 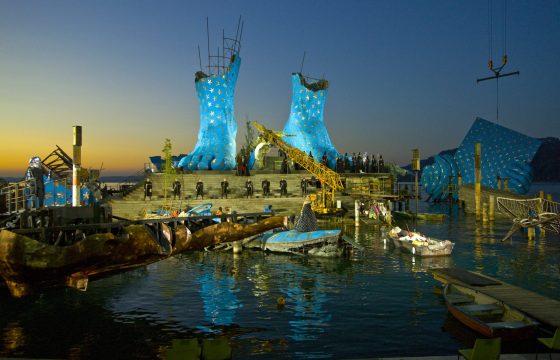 The international Lake Constance festival began in 1989 in the region around Lake Constance. Although it is divided up politically between three nations, their cultures coalesce during the festival. Centred round a different theme each year in May, the festival offers orchestras, chamber concerts and organ concerts, jazz, theatre, ballet and literary events.

Each summer in July or August the Monastery festival in Weingarten brings sophisticated theatre to town in two open theatres. Schiller, Shakespeare and Molière play out on stage in the Monastery and in the little Palace of Weingarten, called “Schlössle”.

Each summer in July or August, the famous Bregenz Festival lures opera fans from around the world to the Opera house. Europe’s classic-elite get together for Aida and La Traviata on the floating stage at the lake.

Each September, the festival “Ravensburg spielt” (“Ravensburg plays”) underscores Ravensburg’s reputation as the city of games. The old town is transformed into a route of games – large and small, everyone gets to play.

Meeresburg is the venue for the Lake Constance Wine Festival in September. Wine and other delicacies from the Lake Constance region are at the centre of attention in this culinary festival. Various tastings and concerts provide an atmosphere that transforms the public into a wonderful state of merriness.